The Atrium building, identified as one of the station’s most important heritage assets – and effectively mothballed by Network Rail – was adapted and given new life following Simon’s feasibility study and detailed 3D study 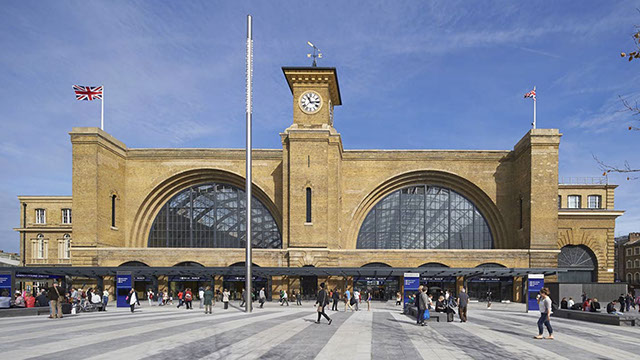 The award-winning, £550m transformation of Network Rail’s Grade I-listed King’s Cross Station is one of Europe’s most ambitious infrastructure projects. As Project Architect and Project Director, Lyndon Goode Architects Founding Director Simon Goode led a team of 40 architects for John McAslan + Partners from 2006, and was Project Lead when LGA was appointed to the project in January 2012.

In close consultation and collaboration with Historic England and Camden Council’s conservation officers, Simon led the heritage and conservation components to transform dilapidated buildings and poorly considered ‘temporary’ extensions. Simon’s recommendation to introduce retail elements on a mezzanine level formerly earmarked for office space transformed passenger facilities. His contribution to the project was recognised by Network Rail, who named him one of 20 people instrumental to its success. Network Rail’s Head of Delivery described his work as “exceptional”.

Among many architectural accolades, the restoration project was awarded a European Union Prize for Cultural Heritage / Europa Nostra Award in 2013. 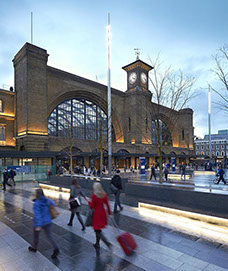 King’s Cross Station was designed in 1850-52 by the architect Lewis Cubitt. Apparently presaging modernism in its simplicity, the station is built of yellow stock brick, its two train sheds topped by iron-ribbed glazed roofs. The building’s purity sees these roofs fully expressed on the façade as windows flanking the clock tower. Three round-arched entrances to each shed complete the façade’s perfectly symmetrical central section.

The station became overcrowded as rail traffic increased in the 19th Century and, despite its Grade I-listing in 1954, was subjected to an unsympathetic concourse extension in 1973. Intended as a temporary structure, the extension remained intact until its removal in the 2006-2012, £550m redevelopment, led by Simon. Instrumental in the discharge of Planning and Listed Building conditions, Simon prepared and presented exceptionally clear information as part of weekly negotiations with Camden Council and English Heritage, and led a team of 40 architects on all heritage and conservation aspects of the project. 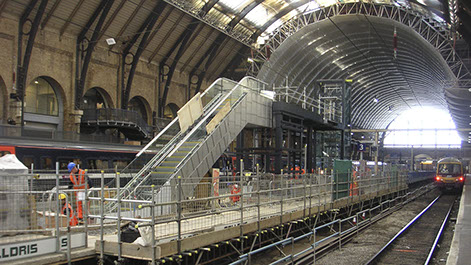 St Pancras Station’s 2006 redevelopment had set the standard. King’s Cross far exceeded its original brief, with a design that achieves a highly functional interchange along with all the ancillary uses that go with this.

Published widely, the project is acknowledged as setting a new benchmark for adaptation projects. Simon Goode was named by Network Rail as one of the 20 people – from a cast of thousands – instrumental to the success of the project. His expertise and experience was recognised by Camden Council’s planning team, who selected Simon to sit on their inaugural architecture and heritage design panel.

Of Simon’s work during GRIP 5 and 6, Network Rail’s Zen Nichols Head of Delivery said: “I worked with Simon Goode up until the project’s opening, when he was Project Director leading the architect’s team. A key part of his role included liaison with English Heritage and the local authority’s conservation officers, as well as responsibility for the successful discharge of dozens of listed building and planning conditions. Simon’s work was exceptional.”

As well as the unsympathetic front extension obscuring the elegant simplicity of the station’s façade, heritage assets were cluttered with signage and services. Simon designed and promoted an integrated solution that united wayfinding, public address, alarm, CCTV and advertising systems in totems, leaving historic fabric and architectural features unblemished.

The project has acted as an important catalyst to the wider regeneration area. 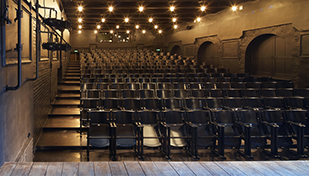 Bringing an historic theatre back to life for the benefit of new work and audiences, after decades of severe neglect. 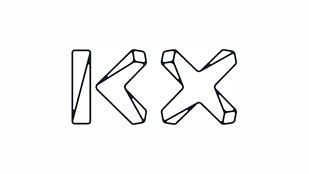 The development of a new embassy – the first building in Algeria to achieve a BREEAM rating – involved conservation work on the adjacent heritage Ambassador’s residence. 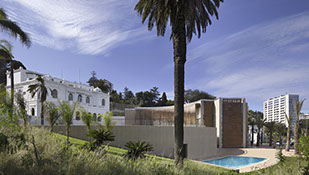