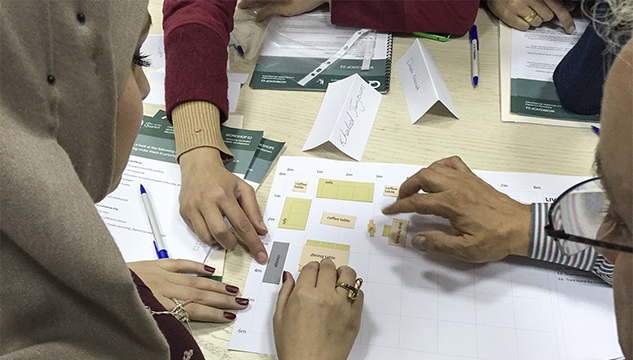 Won through international competition, Lyndon Goode Architects are working with the Office of the Quartet (UN, EU, US and Russia) and UNDP on innovative housing solutions in the West Bank.

LGA is bringing its expertise in the affordable housing sector to Palestine’s West Bank. The practice has been running workshops for local developers, focusing on the provision of affordable housing for the growing West Bank population. The workshops have so far looked at the design, construction and marketing of new, affordable and sustainable homes that will serve the particular needs of the area’s local demographic.

LGA is working with The Office of the Quartet (OQ) on the ongoing project. The OQ was set up in 2002 to help mediate Middle East peace negotiations and support Palestinian economic development and institution-building in preparation for eventual statehood. The OQ is currently working on the promotion of affordable housing as an enabler of economic development for Palestine. It is seeking to understand local housing demand, improve the regulatory environment and strengthen technical and design services for developers.

LGA stated working with the OQ in late 2014, having been selected through an invited international competition to produce and lead a series of workshops aimed at designers, contractors and developers. The workshops cover all project stages, from capacity studies to marketing of the completed homes. LGA co-founder David Lyndon explains: “We were aware that the OQ have an interest in affordable housing. They were impressed with our innovative work in the sector, as well as with our experience in delivering projects in challenging environments, and appointed us through UNDP to collaborate with them.” 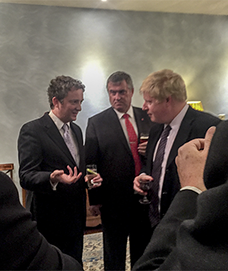 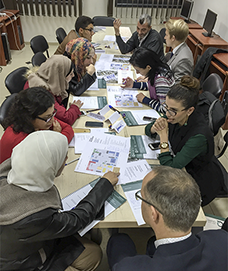 So far, LGA has held sessions in three cities: Hebron in the south of the West Bank, Ramallah (close to Jerusalem) and Nablus, in the north. At one workshop, The UK’s Chairman of the Homes and Communities Agency, Sir Edward Lister – who was attending a trade mission in the region with the Mayor of London – gave a talk on planning policy, which was well-received by those attending.

LGA has conducted extensive research into local materials, construction techniques and the local architectural vernacular in order to inform the content and direction of its workshops. LGA co-founder Simon Goode, who was previously project architect for the award-winning British Embassy, Algiers, while with John McAslan + Partners, explains that both Lyndon and Goode’s previous experience in delivering projects overseas shaped the practice’s approach to the work with OQ. Says Goode, “David and I have both worked extensively overseas, including previously in Israel, and we enjoy the opportunity to collaborate with people of different backgrounds, helping to bring innovation to country-specific design challenges. In Algiers, I worked with a relatively unskilled local labour force to deliver a high-quality contemporary building unlike anything built previously in the country”.

Johan Berggren, Chief of Staff at the Office of the Quartet, said:

“Lyndon Goode Architects’ innovative and insightful work for us was outstanding, exceeding our expectations. The design workshops were well received by attendees and we hope will lead to further successful outcomes over the coming 12 months”.

LGA has proposed a flexible form of construction, with internal finishes left for occupants to complete as and when their budgets allow. A generous floor-to-soffit height to the terraces brings in plenty of daylight and adds a sense of luxury to the interior spaces. As in existing historic examples of domestic architecture in the region, the structure enables apartments to be joined, making room for growing families.

LGA Architect Amy Corrigan, who led workshops in the three cities, says, “It was encouraging that the attendance by professional females was so high – an average of 54% - very different to similar events I have attended in the UK”.

Selected by Peabody as part of an international competition, our work in housing covers a wide spectrum of project types, from high specification individual houses through to complex infill sites on existing estates. 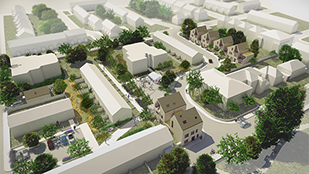 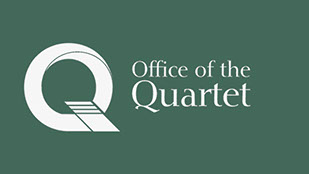 Office of the Quartet

BBC News on proposals in the West Bank

RIBAJ on Conciliatory Housing in the West Bank

A ten-point design manifesto for creating family homes worth staying in town for. We advocate for flexible layouts, ‘outdoor rooms’, multi-use annexes – and not least, a sense of community. 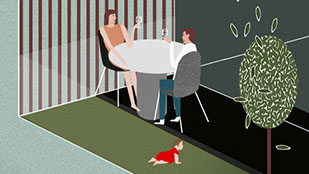