The shopfront included reeded glass to the top section, designed to conceal internal blinds and help with reducing heat entering the shop from sunlight

Ian Morris, who established the gift shop in 1990 with Kathryn Phalp

Forming part of the corner elevation,
the design includes a curved glass element, referencing the masonry above

The interior of the shop was reconfigured to permit better access, including for buggies and wheelchairs

The Map Gift shop, located on the corner of Junction Road and St. John’s Grove, is one of the dozen independent businesses to have received a much-needed uplift as part of Islington Council’s £2m high street regeneration programme.

Having worked through the 80s as a textile designer producing hand-printed fabrics for the fashion industry, Ian Morris established Map in 1990 with Kathryn Phalp. Map has developed an international reputation from their studio/ shop on Junction Road, where they have been based since 2003, and is a positive example of how a 'bricks and mortar' high street retailer can compete with retailers based online.

Kathryn and Ian, who have run a successful business for more than 20 years, see Map as more than just a shop, but also as a community hub: “we have people leave keys for their neighbours, post delivered here for people who aren’t in during the day… we are like a centre for information – we hear the local news and pass it on to our customers”.

The project, which included a new shopfront, improved access and interior remodelling, formed part of a wider grant programme by the London Borough of Islington to revitalise and regenerate the high street. Located within the St. John’s Grove conservation area, Lyndon Goode undertook significant research of the historic design of shopfronts to Junction Road, which had been well-documented as part of the Northern Line construction. 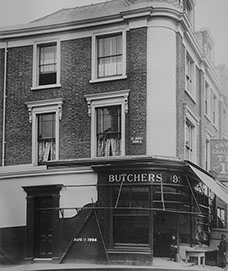 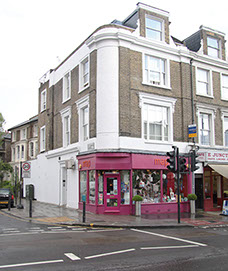 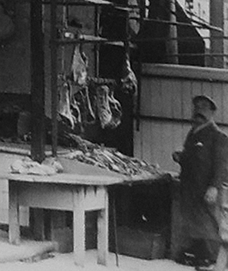 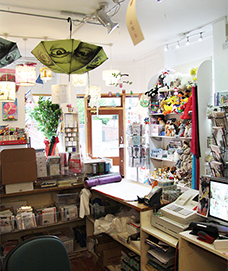 For many, Archway is defined by the much-maligned 1960s tower and busy gyratory system at its heart. However Morris says the area gets a “bad rap” as a rubbish-strewn roundabout. “They don’t see the shops,” he says, “But it’s actually a thriving area”. As with many of the shop fronts along Junction Road, the gift shop frontage was in need of an up-lift. The existing shopfront was showing signs of decay and was not befitting of the high quality produce being offered.

Access into the shop was difficult and took up a significant area of key retail zone. Lyndon Goode looked to design a carefully detailed new shopfront that would improve access into the shop, while better showcasing the shop's stock. As a first step, the team looked to historical photographs of the shop, documented in a 1904 survey by Ernest Milner as part of the construction of the Northern Line, which passes under Junction Road.

The first terraces appeared along Junction Road in the early 1850s, and there are still remnants of original shop front detailing visible in parts of the elevation. Milner’s images, including those shown left, show the great mixture of businesses that lined the high street, including a cheesemonger and photographic studio, as well as Stone & Roberts Butchers Shop situated at 93 Junction Road – the current location of Map Gift Shop.

As was typical of a London butcher’s shop at the turn of the 20th century, there were multiple hooks fixed beneath the sign board outside, circling around the corner of the shop. Meat would be displayed externally from these hooks, resting along the timber battening to prevent the meat from touching the window glass. The shop front itself was of timber construction, featuring metal filigree ventilation grilles and a large awning, under which the butcher would have worked, handling the meat on large timber blocks.

Many of the shop fronts along Junction Road – including the adjacent St. John’s Tavern at number 91 – had external lamps that illuminated the road where street lights were lacking. Prior to redesign, the Map shop held memories of the historic site – a row of fairy lights were fitted to the fascia, echoing the rhythm and scale of butchers’ hooks that once hung in that same location. 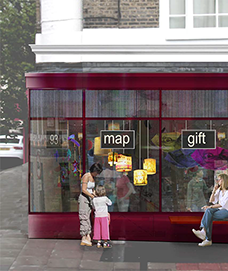 A key feature of Map’s new shopfront is the use of a curved glass ‘showcase’ window to the corner of the elevation, for display of goods, as well as to pick up on the detailing of the curved masonry above. Reeded glass to the top of the fascia helps to conceal internal blind housing, as well as providing shading from sunlight and thereby helping to minimise the need for cooling. The row of lights and hooks fitted to the fascia – referencing the meat hooks that once hung beneath the awnings - helps to animate the joinery.

Improving access into the shop was a key requirement of the brief. The main entrance was relocated to the side street having the double advantage of freeing up the corner for the 'showcase' display, as well as reducing the internal floor area at he front of the shop lost to circulation and ramps. Externally, this new configuration helps to reduce congestion immediately outside the shop, while retaining a prominence to the overall elevation.

The shop is located in a conservation area and Lyndon Goode worked closely with Islington's conservation team to detail the joinery to sit comfortably within the overall elevation. This included crafting bespoke glazing mullions and transoms. 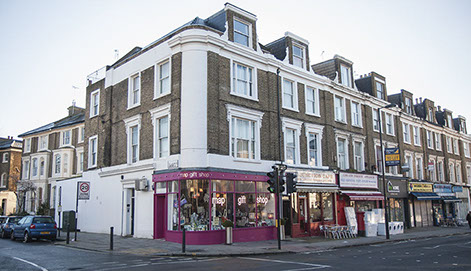 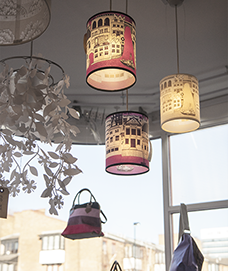 The renovation of Map Gift Shop was completed in 2013, the first of several independent business revamps to be carried out by Lyndon Goode as part of Islington’s £2 million regeneration scheme.

The access to the shop – which had been a particular frustration for Map’s owners over the years – was greatly improved, and customers previously unable to visit the shop due to mobility issues were thrilled with the wider entrance: “I am delighted to be able to finally have a good look around”. The curved glass window also provided a striking podium for the shop’s brilliant window displays, enhanced by the new circus-style lettered-lighting.

Refurbishment was carried out under strict time conditions and within a tight budget – as with all of Lyndon Goode’s high-street renovations – and customers and owners was very pleased with the final result. Ian Morris, co-owner of Map Gift Shop was pleased to be able to work with Lyndon Goode; “they knew the area, were familiar with it and understood its issues”.

For more information on this project. 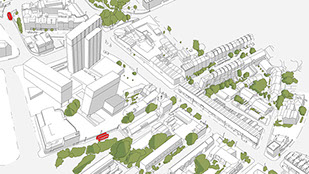 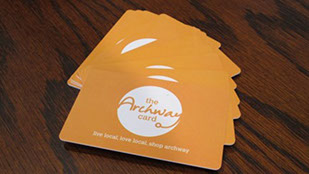 Can anyone save our high streets?

Second Chance, a bustling and successful charity shop located on the Archway gyratory, is one of a number of retail businesses that has received a much-needed makeover as part of Islington’s £2m regeneration programme. 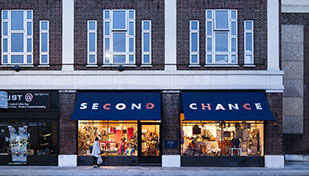