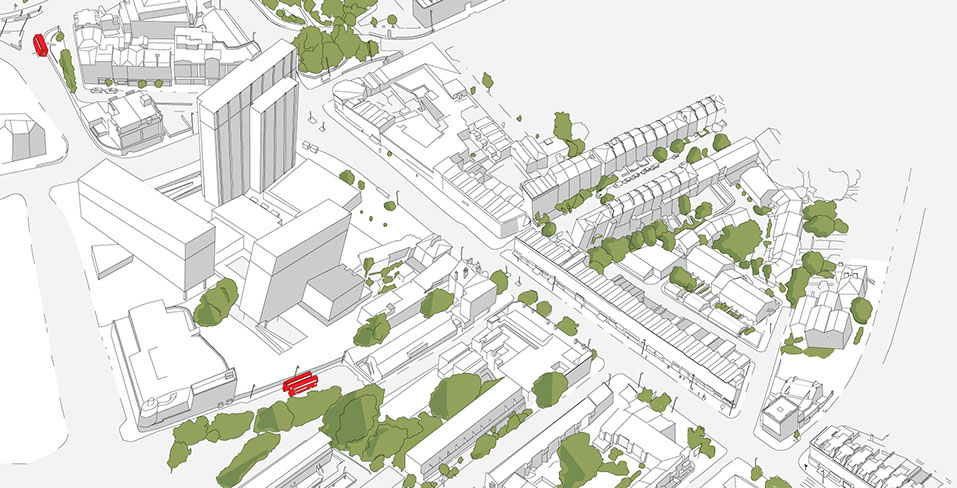 Purchased by developer Essential Living, with plans for rented accommodation.

Purchased by Peabody in 2014, with 450 homes planned for the previous hospital estate.

Redevelopment around the area include a hotel, 140 homes and various landscape improvements.

Constructed in the 1860s and refurbished as part of Islington's grant programme.

One of 33 projects to radically improve the gyratory, to be funded by TfL.

A STREET IN MOTION

As part of a £2 million grant fund for much-needed improvements in Archway, we worked in partnership with Islington Council on an ambitious high street makeover project on a dozen retail units along Junction Road and St. John’s Way. The project was shortlisted to receive the best community-led placemaking gong in the 2017 Planning Awards.

In light of the country’s declining high streets - the invasion of chain stores and the struggle of small businesses – Archway is somewhat unusual with its multiplicity of independent shops, many of which have held their spot on Junction Road, enduring the fluctuating fortunes of the area. But the undulating success of the area has left its mark on some of the shops, and the scheme aims to breathe life back into the fading façades of the building, revitalising this ever-resilient high street.

We worked with various independent businesses, including a charity shop,  kebab shop, printing company, an Italian restaurant and gift shop.

Of the project, Councillor Janet Burgess, Deputy Leader of Islington Council says: “The new shopfronts are transforming the town centre and improving first impressions of the area, and are an important part of the council’s £2m regeneration in Archway”.

Junction Road, A Street in Motion 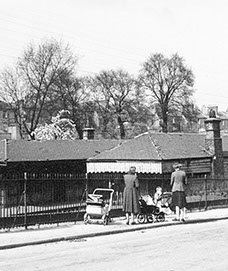 The history of Junction Road, like many of London’s streets, is intertwined with the development of the city’s railway and transport system. Born during a time of rapid development in a ‘city in motion’, it is perhaps this perpetual flux that gives the road its character, vibrancy and energy.

As far back as 1884, a tenant renting premises in Junction Road wrote to the Islington Chronicle to complain about the disgraceful amount of mud in the road, caused by the train ferrying passengers to and from the local cattle market.

In 1907 when the Tufnell Park and Highgate (now Archway) tube stations opened connecting residents directly to Euston and Charing Cross stations, the railway services fell into decline. Passenger levels dropped dramatically, but Junction Road continued to thrive, and local businesses have never been more profitable. As well as the traditional butchers, bakers, grocers and fishmongers of the time, there were shops lining the high street which now cease to exist. Cycle-makers, coal merchants, hatters and boot makers.

On 1 January 1913, tram route 17, a forerunner to the Transport for London number 17 bus route commenced, carrying passengers between Archway and Farringdon Street in the heart of the city. This was a busy and stable service that served the Caledonian Market for 10 years until the London Passenger Board was created. London Transport, as it became known, replaced the trams with trolleybuses in March 1938, and the classic red bus began to serve the capital thereafter.

Today, Junction Road remains a thriving hub of activity with a multiplicity of shops, eateries and entertainment lining the streets. Archway is still served by the trusty number 17 bus. 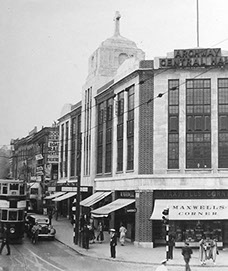 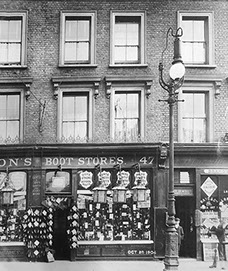 By the 1930s, the Highgate Tube station was renamed Archway, and the façade redesigned in an art deco style by Charles Holden, who designed many of the stations across the city. During the swinging sixties, a great number of immigrants came to London and Junction Road became a convivial and ethnically diverse area. Venues such as the hotspot Dougie’s Hideaway and Caribbean Restaurant, were popular with young crowds until the late 1980s, and many prolific musicians frequented the neighbourhood. In the Archway Tavern, a venue opposite the underground station, The Kinks’ photographed the interior of the pub for their 1971 album Muswell Hillbillies.

In the 1970s, the station was redesigned for a second time into its present day concrete form, alongside the iconic and brutalist Archway Tower. Skip forward a decade, and the wave of globalisation swept over Junction Road, resulting in many of the area’s previously thriving businesses dying out.

The closure of the Co-operative department store in 1980 signalled the beginning of decline in the area, and many of the old tradesmen were pushed out to make way for chain stores. Morton’s fishmongers and Sims’ pipe makers were both casualties of this era. However, pubs such as the St John’s Tavern at 91 Junction Road and the (renamed) Drum and Monkey are among the few buildings which have not altered their function since their early presence on the road. While the Tavern is still very much in use, Dougie’s Hideaway now exists on Junction Road as The Hideaway. 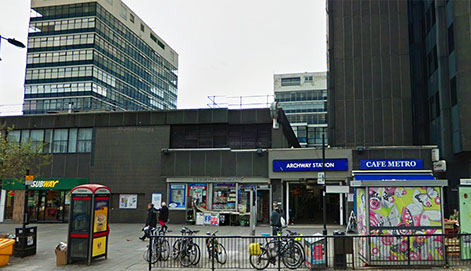 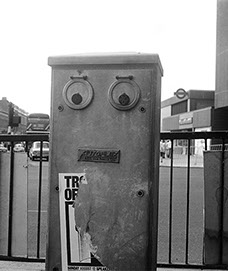 Despite the sudden decline in businesses in Archway, Junction Road continued to bustle, with residents of the early 1990s complaining of “too many wine bars”. Seeking to control the development of the area, the St. John’s Grove Conservation Area was designated in 1990. Apart from the shops lining the pavement of Junction Road, the conservation area is predominantly residential, with many of the houses mid-19th Century.

Perpetually in motion, the wine bars of the 1990s have largely disappeared to make way for the next phase of Junction Road’s history. The careful restorations of properties such as the St. John’s Tavern have begun to recapture Junction Road’s former glory, for which it was originally intended. But the beautiful original Victorian features of the area are juxtaposed against the cold and brutal façades of Archway station and Archway Tower. With developers Essential Living dubbing Archway’s concrete imposition “London’s ugliest tower”, it will soon be brightened up by a conversion into a mixed use residential and commercial development.

Of the architects’ approach to working with the small businesses, David Lyndon said: “We worked hard to deliver innovative designs that would have maximum impact on the streetscape and the experience for shoppers, with minimum cost to the shopkeepers”.

For more information on these projects. 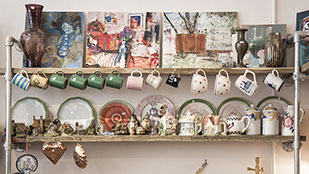 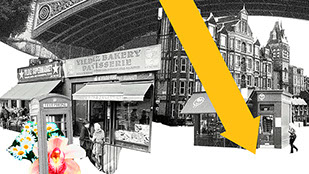 Why do we value the high street? Is it a nostalgic idea? We look at alternatives to accepting decline and practical ways adopted through our designs to help re-imagine the high street, creatively responding to limited budgets.