The horseshoe bar relocates to the centre of the room, punctuating an otherwise cavernous space and creating subtle subdivisions within it

Banquettes in the dining area are backed by bespoke filigree screens

The front-of-house area can now comfortably handle large crowds gathering before and after shows, and during intervals

The Royal Court Theatre is Britain’s leading playhouse dedicated to new work by innovative writers, and The New York Times describes it as “the most important theatre in Europe”. We led the World Interior News Award-winning redesign of the Royal Court’s bar, restaurant and front-of-house spaces.

After helping the theatre obtain Arts Council funding for a whole-building services replacement, we embarked on a detailed analysis of the theatre’s use and design. Despite its position next door to Sloane Square tube and an annual flow of 16.5m passengers, the building was poorly used during the day yet overwhelmed during evening performances. To address these issues we radically reorganised the undercroft space, relocating the bar and creating zones of perimeter accommodation to suit different customer needs. Phasing and timing of the work was critical, as were costs, for which the team worked closely with the theatre (a charity) and Quantity Surveyor to ensure budgets were respected.

Lyndon Goode Architects developed the design with Citizens Design Bureau, managed the statutory process (including obtaining listed building consent), and produced detailed tender information for the project. All was completed in an exceptionally short timeframe - our first presentation to the theatre was in March, start on site was in August, and all was complete in September.

Of the project, The Telegraph theatre critic Dominic Cavendish said: "Revamped bar downstairs is well nice", while The Stage named it among London’s top ten theatrical hangouts, as “a welcoming oasis of subterranean calm…attracting people who aren’t just coming to see shows here”. 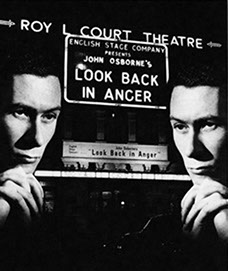 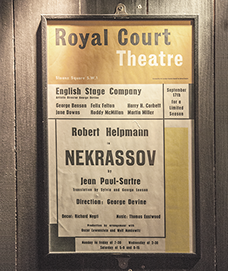 In 1870, the New Chelsea Theatre opened in a converted chapel just off Sloane Square, before being renamed the Royal Court Theatre and playing host to many notable performance until the building’s demolition in 1887.

In 1888 the new building on Sloane Square opened, designed by Bertie Crewe and Walter Emden. WWII bomb damage caused the theatre to close for some time before its reopening in 1952. In 1956, it became home to the English Stage Company, debuting John Osborne’s era-defining masterpiece Look Back in Anger.

Grade II-listed in 1972, the building nevertheless deteriorated and became threatened with closure in 1995. After securing funding from the National Lottery and Arts Council, the entire building apart from the façade and auditorium was completely rebuilt, to a design by Stirling Prize-winning architects Haworth Tompkins. As part of the redevelopment, a new basement was constructed beneath the theatre to accommodate a shop, bar and restaurant. But these areas were under-used during the daytime, and overwhelmed during evening performances.

Working alongside the theatre’s Artistic Director Vicky Featherstone, we surveyed use of the undercroft, summarised by the pedestrian-flow diagram (far left). With this complete, a sensitive appraisal of the Grade II-listed building began. This helped the team understand the historic fabric’s construction and materiality, which informed later design decisions.

After speaking with playwrights and actors to understand their perception of the front-of-house spaces, we looked at various options for the layout of the primary spaces, including the location of the main bar. Relocating this to the centre created a clear circulation route, helping with peak drinking times and encouraging customers to enter the room’s full depth. The bar’s horseshoe configuration helps define other zones, including for informal seating, dining, resting and working. A Reading Room at the very back draws visitors through and encourages longer periods of stay, with laptop points and task lighting.

Materials and detailing were carefully developed to complement the existing building. The furniture is designed to look better in five years than on day one. Where possible, materials were salvaged and reused: the old slate bar top was re-employed as benches. And to ensure a personality unique to the Royal Court, all joinery is bespoke – from the custom-made pendant lights to the filigree screens behind booths. 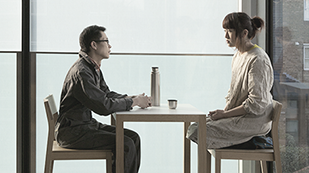 The Royal College of Art

Undertaken during the summer term break, the project included a new bar, cafe and reading room, with all the furniture and joinery items custom designed for the Royal College. 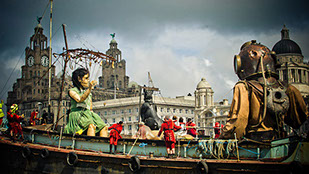 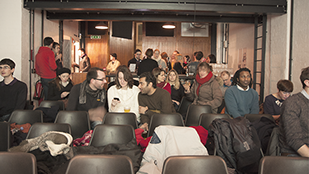 The first custom-built comedy venue to open in London for 20 years, 2Northdown – named after its address in Somers Town – features flexible, hireable spaces and a charismatic street presence.